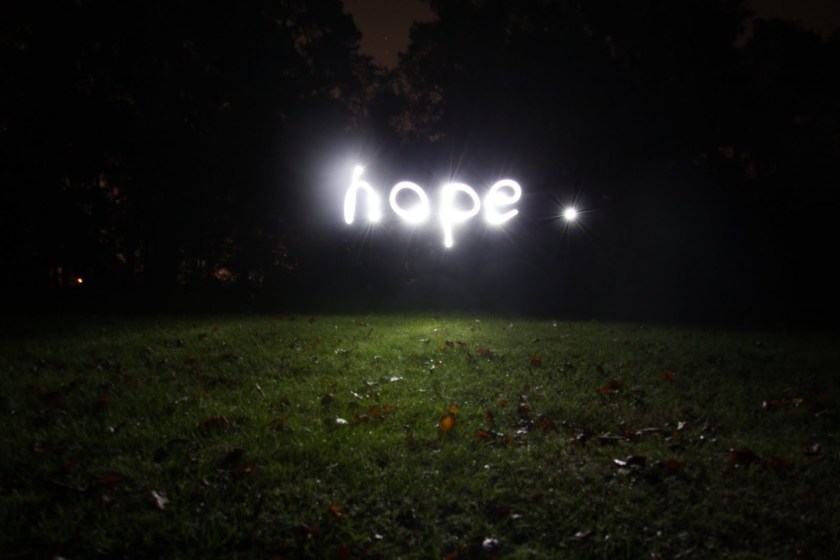 I often don’t even know what I’m going to say when I open a new blog.  This is the title that keeps coming to my heart, yet I don’t know what to say.  He makes all things work for my good.  This means that all the little things that we feel ashamed about desiring or maybe it is a personal struggle that really weighs us down, are allowed to be there for God’s purposes.  We don’t have to think that we are alone or fear abandonment by God for having these “light and momentary afflictions” because he is the Alpha and Omega, which means that he is ultimately in control of the happenings of our souls and we are not alone.  Don’t think that what you go through is so unusual, as a matter of fact it is a common occurrence to many believers, yet many are not at liberty to discuss it.  That is also the wonderful thing about shedding light in the darkness, because when the light exposes the darkness, it leaves.  It loses its power.  When we hide issues and truths that we would rather not be brought to the light, then instead of going away, they grow into a big ugly monster.  When the light illuminates what is in the dark, then it becomes small and powerless, and thousands of demons go to flight.  Demons cannot stand the light.  Their powers are in their lies.  As long as we allow them to stay in the shadows then they will pull us down into the their depths of despair.  Despair is not of God and cannot continue when in the light.  Bring the truth to the light.  Amen.