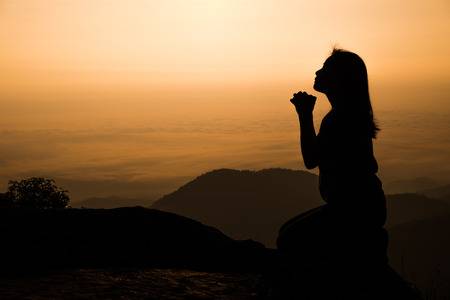 Lord, what is your will?  Let’s be honest, when we ask this question about something, it is because our flesh wants it and hopes that God will say yes.  There is nothing wrong with asking.  As a matter of fact we are told that if anyone lacks wisdom, that he should ask and that the God who does not find fault, will give it to him.  He doesn’t find fault.  That means that when we have any guilt or aren’t sure if our question is even worth asking, he doesn’t find fault and we can safely come to him with any and every need.  This is important to understand.  So when we ask, and we truly want to know what God’s will is, then he will tell us.  The truth is that we often get what we seek.  If we want to be justified in doing something, then that may be what we receive when we pray.  If we want the truth and seek it, then the Lord will give that too.  Think about this, when he was pleased with Solomon he offered to give him anything that he asked for.  If all he wanted was a wife, he would have received it. If he wanted fame or fortune, then the Lord would have given that to him, without finding fault.  You see, those with religious spirits still trying to put God in a box also want to tell you that God would never give you something outside of his perfect will for you, but if you really look at history you will see that that is not true.  God had intended on using Moses alone to lead his people and speak, but Moses insisted that he needed help, so God went ahead and anointed Aaron for the place.  That was not God’s original plan.  He planned to be the only ruler of Israel as well, yet they insisted on a King, and he then began anointed kings for them.  That was not God’s original plan.  God is not a formula.  God is not an unforgiving tyrant.  God is slow to anger and is very patient and understanding.  Not only did he adjust what he felt was best for his children after they insisted, but he also worked to make their desire work for them, without finding fault.  When Moses started having difficulty dealing with rebellious people, do we see God saying, “well if you had done things my way instead of insisting on doing things your own way, then this wouldn’t have happened”?  No, because that would mean that God is the type who finds fault, but we read in James that God gives generously, “without finding fault” (James 1:5).  You know, I wouldn’t put it past those who insist on maintaining their religious image of tyrannical God rationalizing that wording right out of that verse.  However, we are shown many things when we really seek God, he can and does adjust his original plans for his children, without finding fault.  However, there does seem to be issues that arise when we insist on doing things our way, deviating from his original plan.  So back to what I was saying, if we seek grace to have things done our way, God might allow it and give us what we seek.  Yet, when we seek the truth and to do things according to his original plan, he will do that too.  Solomon asked for wisdom, which happened to result in many wives and riches, and fame as well.  He happened to ask for the right thing.  Did he know that would happen when he sought it?  Probably not, just a guess.  We truly do get what we seek.  So we should ask ourselves, “what am I seeking?”  We are told, “seek, and you will find, knock and the door will be opened” (Matthew 7:7).  We are also told that even if that door we want to open will be opened if we keep knocking and knocking, Jesus gave a parable about a man going to a friend’s home seeking bread, and at first the man told him to go away, yet he kept knocking and knocking until finally the man answered and gave him what he sought.  He said that in this way, if we keep knocking on the door of heaven, we will get it.  But, should you ?  Remember, if it is wisdom that you lack, God will give that to you.. if you seek it. 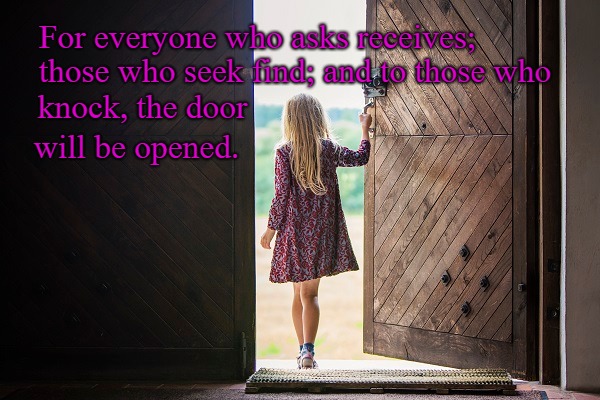 Through life's challenges I have learned that Jesus really is the only one who can truly satisfy. Through his grace I have already achieved so much, and wish to include you all in my journey as I continue to press on towards the mark to which I was called. I hope that you can identify and share in my successes and even my failures. It is also my hope that you will see what a day in the life of a spirit filled believer looks like up close and personal. May you be blessed as I am blessed, and may you share in my anointed grace. God bless you as you read. View all posts by sweetgentlespirit